WHERE TO FIND US

Our concerts are held at:

Concerts are held monthly, usually on the third Friday.

There is a good-sized car-park behind the Parish Hall and Medical Centre, with several reserved spaces for blue-badge holders. Please contact Downend Folk & Roots if you require one of these spaces. Access to the church building itself for wheelchair users is good, with ramps available at all entrances. Please note that there are only three lavatories in the building, but two are easily accessible.

There is a a full bar at all of the concerts, serving locally-brewed real ale, cider, wine, soft drinks and tea and coffee. You are encouraged to bring your own glass or tankard, and there is a 50p price reduction on most bar items for those that do so.

Please do NOT confuse Downend Folk & Roots with Downend Folk House at Liscombe Barn. We are separate organisations and none of our events are held there! 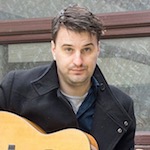 Jim Moray is one of the most consistently inventive musicians working in English traditional music today. Winner of five BBC Radio 2 Folk Awards, after five ground-breaking albums he now finds himself at the forefront of a new folk revival in the UK, and hailed as a pivotal influence by a new generation of folk musicians. We are thrilled to have an artist with such a great reputation associated with the club, and we're very excited about the prospect of working with him to bring great live folk, roots and acoustic music to the Downend area. Pop on over to www.jimmoray.co.uk to find out more. 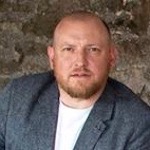 A passionate lover of folk, roots and acoustic music, Ant had the idea for Downend Folk Club (now Downend Folk & Roots) in early 2014 after deciding to stop moaning about the lack of great live folk gigs in the area and do something about it. Ant is married to Laura and has two boys, who are frequently subjected to their dad's taste in music and usually take it on the chin most admirably. In his day job, Ant runs Fancourt Music, a live music booking agency representing the likes of Jim Moray, Hannah Sanders & Ben Savage, Kitty Macfarlane and Lucy Ward. 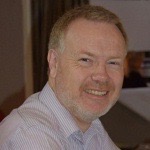 Usually seen hiding behind the camera at gigs and festivals, Alan initially got involved in the folk scene in 2007 through his interest in photography. Until then, music had never been a significant feature in what he did in his spare time but several years later, as well as photographing many of the top folk artists, bands and festivals, Alan has formerly been involved in the running of Bristol Folk Festival, but now focuses his attentions on Downend Folk Club, and very lucky we are to have him! 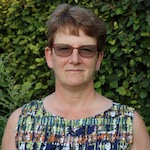 Bobby works part time as an Office Administrator in the Voluntary Sector and has been married to Keith for over 30 years. She grew up in Bristol and her interest in folk music started as a teenager when she attended the first WOMAD events in the Watershed and Ashton Court festival. Bobby is pleased to be more active on the scene nowadays. Although neither she nor Keith play an instrument, they say they are "great at listening". 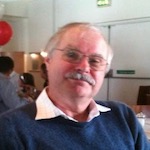 Ken is our finance guru... his interest in folk music is growing, as is his CD collection... but he's been roped in as he is Ant's father-in-law! Ken is married to Julie and has two grown-up daughters and four grandchildren. He also does a flippin' fantastic Sunday roast. 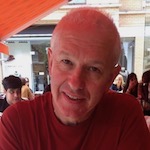 Pete is the sort of man who steadfastly refuses to write a mini-biography for a local folk club website. That's all we have to say on the matter. 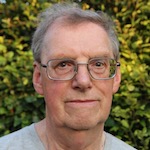 Keith is now retired after a career in aerospace engineering, specialising in the stress analysis of wing structures. His interest in folk music dates from his teens in West Cornwall; particularly fond memories of the Count House and Pipers Folk Clubs. Keith had several years break from live concerts while the children were growing up, then Downend Folk Club formed in 2014 right on his doorstep and he hasn't looked back since! 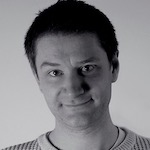 Tom is an experienced live and studio engineer, and has worked with artists aged from 5 to 90. He is proud to have recorded many people's first sessions as well as several number one artists (equally demanding situations, for different reasons!). Currently, alongside running live sound for every genre of music imaginable, and playing in several bands, he archives reel to reel tapes, at one point spending 6 months as a sound quality checker for Universal records, sitting in a small room for 12 hours a day listening to what felt like the entire recorded history of music 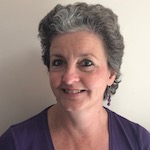 When Ant asked Alison to join the team and help run the bar, she jumped at the chance... it was just up her street, and she gets to hear the music too. Alison has always enjoyed folk music and has followed Ant and his musical exploits for the last few years. She has a varied musical choice and is looking forward to hearing who will be coming to DFC next!

Here's a list of all the events we've ever held:

November 2015
The Young'uns (support from The Roaring Trowmen)

September 2017
Kim Lowings and The Greenwood (support from Gav Ball)

April 2018
The Rheingans Sisters (support from Ian A Anderson)

June 2018
Rachael McShane & The Cartographers (support from Road Not Taken)

May 2019
The Dovetail Trio (support from Road Not Taken)

November 2021
The Carrivick Sisters (support from The Last Inklings)